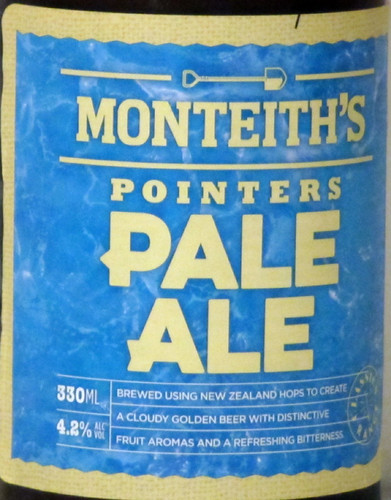 Pours a slightly cloudy honey colour with a small head and not much carbonation visible.

First Sip: Mild, bready malt with a faint sweet citrus taste. Very mild hops which lingers for quite a long while. Medium mouth-feel with a nce carbonation tingle on the tongue.

This is supposed to be a pale but it's a bit light on ... well, everything. Don't get me wrong! This is a nice beer and is highly drinkable, and goes down easily. Even the beer burp is nice. I could easily go for a six pack at a bbq. Hmm... there's still some yeasty residue in the bottle. It could have been cloudier. 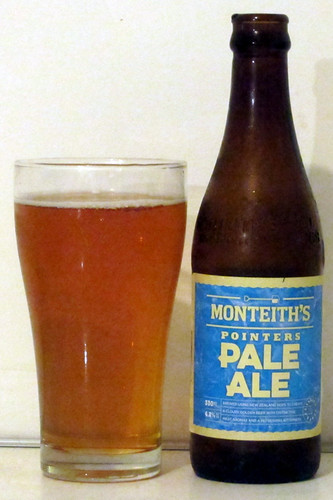