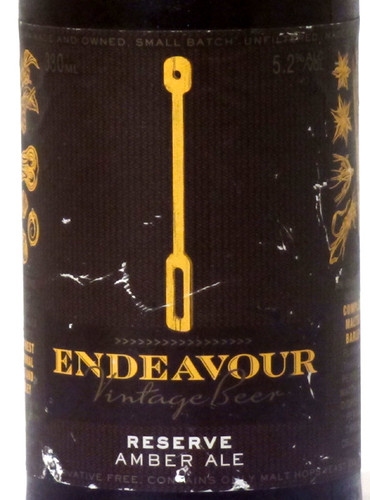 Pours a dark, slightly cloudy amber colour. The head is thin and tan, and fades away quickly. No carbonation visible in the murky depths.

It's odd to read "Vintage Reserve" applied to beer; it's usually a wine Thing. This is quite a nice brew. The fruity sourness is different, but pleasant. This is nice but not nice enough to drink a lot of in a session. On the other hand, I would never say "No" if someone offered it to me.

The beer burp is nice, too. 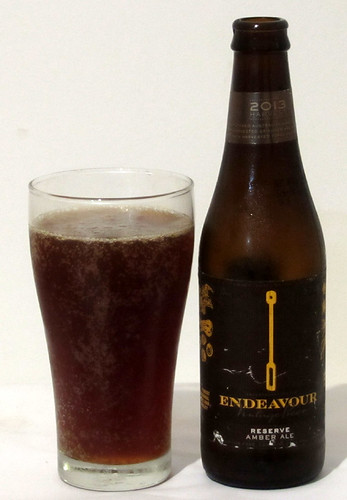 In July last year I bought a GoPro 3+ Black edition so I could play around with time lapses and dash mounts and stuff. About a month ago it Went Wrong, and refused to turn on. I took the camera back to Harvey Norman and asked them to check it out. Their tech couldn't turn it on either, so he sent to back to GoPro. Last week I got a call from GoPro, who told me that the camera really had Gone Wrong, and they were giving me a store credit to pick up a new camera.

So I went back to Hardly Normal and paid a little more, and picked up a GoPro 4 Silver edition. It has all the whodads of the 3+ Black, PLUS a rear LCD screen so you can see what you are looking at without needing the phone app.

So tonight I tested it.