It rained all the way, but I didn't mind. Comfy car with good tyres made the trip easy. I took some alternative routes instead of just driving on the highway, which made things interesting.

Breakfast at Lithgow: eggs on toast and a bottomless cup of tea. I love the Bowenfells Shell Servo.

Instead of taking the highway to Bathurst, I went on the back roads via Lake Lyell and Tarana. Tarana Road (from Tarana to Oberon Rd) is narrow, winding, and so little used it has lichen grown on the asphalt surface. It loops over, under, and across the Main West rail line on brick or wooden bridges. At one point the road narrowed to a single lane sandwiched between a concrete retaining wall and the Fish River.The rail line bends and twists almost as much as the road; it's no wonder the passenger service can't go faster than 60kph along here.

It's certainly a more interesting road than the highway.

And of course we went to Duxford. 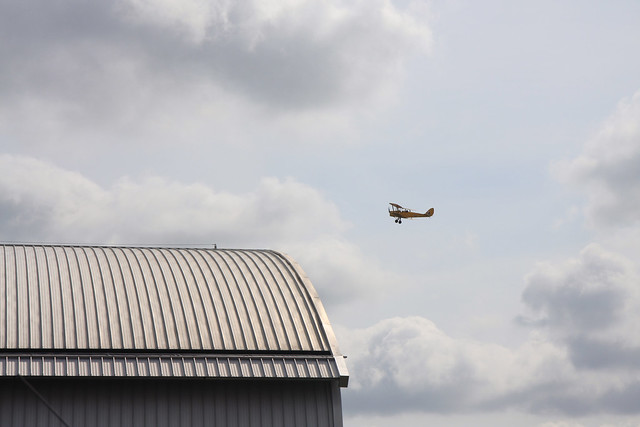