Sunday Roast was roast beef on a bed of steamed rice, potatoes baked in beef lard, roast parsnips, steamed broccoli and cauliflower, baked balls of sage and onion stuffing, and yorkshire puddings with gravy. I am still stuffed.

Had an extremely light breakfast (2 slices of toast with marmalade) and headed off to Bletchley, arriving there about an hour later after an easy drive through moderate traffic. I parked the Zafira and we headed off to Bletchley Park. The museum is full of war-time artifacts, and concentrates on signaling, codes and code breaking. They have on display Lorenz encoders, 3 rotor Enigmas, 4 rotor Enigmas, and many things besides.

On display is a working version of the Bombe, the first decoder. They have also built a working copy of Colossus.

Everyone knows of Charles Babbage, Ada Lovelace, Alan Turin, and Admiral Grace Hopper. Hardly anyone knows who Tommy Flowers is. This is sad, because he built the hardware Turin needed. Mr Flowers needs Geek Fame.

Lunch was a steak & ale pie, and then we headed off. I took a worng-ish turn and we drove through the centre of Milton Keynes. That is an ugly town centre. Concrete and glass cubes, and car parks. It's worse than Civic in Canberra.

And so, eventually, we ended up at the Blisworth Tunnel, a 3km long tunnel that takes the Grand Union Canal from Blisworth to Stoke Bruerne, and the Waterways Museum at the top of a flight of locks. It's all rather good.

And then back to Offord Darcy for tea.

A special Around The World edition. 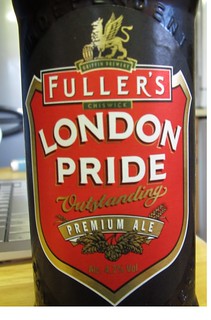 Pours a crystal clear, dark amber with a little carbonation. A small, off-white head that fades away quickly.

First Sip: Medium body, with a sweet malty taste with some breadyness, and carbonation tingle on the tongue. Mild hop after taste.

This is a yummy beer. I could drink this one a lot. Right now I am washing down a mature cheddar I bought from The Cheese Boat in Stoke Breurne - "We have all these cheeses... except for that one. And these three, and those two. But we have he rest." Oh I can see myself sitting in a pub on a Summer's day, Quaffing this happily. 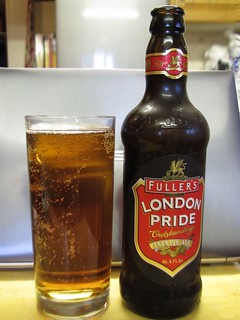