While stocking up on untried beers, I was pondering the huge array of foreign beers I've never tried before and I realised that I had tried them. Around The World In 80 Beers is going to exceed 80 beers, but not by much. I'm down to the last few Belgian beers, then there are Dutch beers, a few Spanish, then a few Mexican. Then I need to pick up on the occasional beer I missed on the first round.

This ridiculous "Quest" I started in January will be done. I don't think I can go back to my mundane drinking habits, though. Monteiths Black will stay my regular beer and Tooheys Old will remain my pub beer of choice, but here at home I will be pondering a nice Weissbier, of something from Old Blighty.

Hmm... look at all those Australian beers I've never tried... 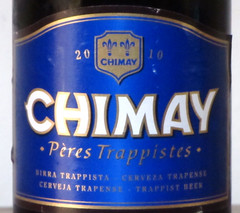 First sip: Dark roasted malts and a lot of mixed fruit flavours. There is a very faint hops after-taste. The alcohol taste is lurking in the background but it isn't pronounced. Nice mouth-feel: thick and smooth.

This is a very nice beer and is exceptionally easy to drink. It does taste a little alcoholic but once in the stomach it leaves a nice warm feeling, which is what you would expect from something that's 9% Definitely one to drink slowly. The flavours get better as the glass warms. Which is nice. 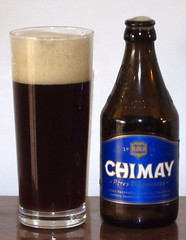