After the disappointment of Chang Beer, I moved on to China. Would I be disappointed again? 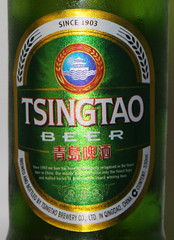 Most of the reviews I read about this described it as being a great beer to go with a Chinese meal. I disagree; it wouldn't go with any meal. It's a bad beer. There was a very slight hiss when the top came off the bottle, the beer pours pale yellow with a tiny head that fades. It tastes flat and of not much else, and the after-taste is not so much hoppy as nasty.

I got halfway through the glass and dumped the rest down the sink. I still have the after-taste 10 minutes later. I need to kill that with a Bailey's Irish Cream. 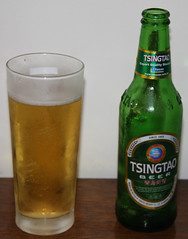 I found out today that Rick Springfield owns a blunderbuss like mine. 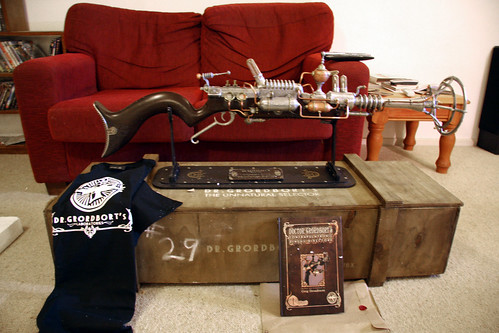 Which is nice.
Collapse