One of the fish pond denizens. 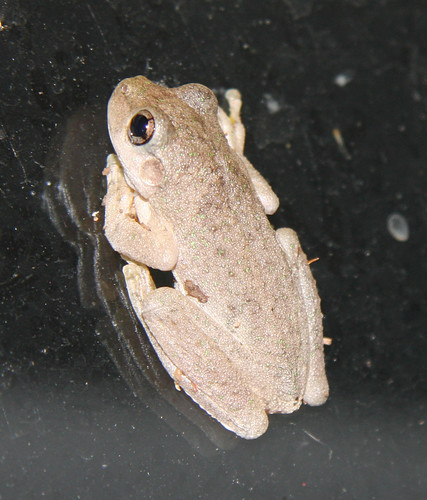 I've been getting a bit of Spam from anonymous users. Captcha is now on. The next step is to turn off access for non-registered users. And I don't want to do that.

After a hard day's work, I opened up my last New Zeland Beer. Monteith's Winter Ale is very dark brown with a tan head. At first sip it tastes heavy, but it isn't. The beer goes down easily. There is a lot of malt flavour, with a little a hops that lingers. It's a slightly sweet with a mild fizz on the tongue.

After a few more sips there is a definite chocolate flavour in there. It's like drinking a very dark chocolate - brings to mind a bar of Lindt 85% Cocoa dark chocolate.

Half way through the glass I realized the beer wasn't cooling me; it was warming me up! Not so good on a hot day like today, but it would be an excellent beer for the winter - what it says on the label. 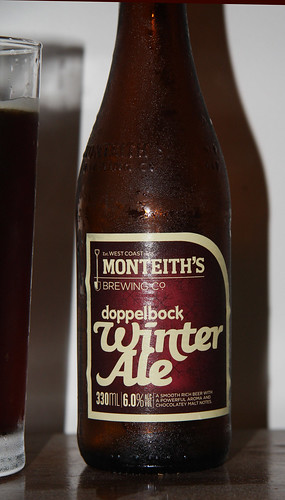