Right now he is dashing past the back door - a brief white flash in the dark yard.

I appear to have been left a mad rabbit. It's probably why the previous owners left him.

Photos taken at the Echidna Workshop 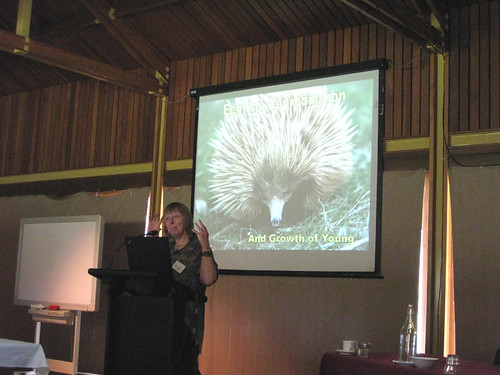