Not as many exhibiters as last year and no steam cars, but the traction engies and vintage car clubs were out in force. Photos to come.

One exhibiter spent 4 years rebuilding an old car into a hot-rod -- ie, buggering up a nice old car -- and drove it to Wellington yesterday to show the car for the first time. He hit a kangaroo. Now one side of his car is all gleaming chrome and highly polished metal, while the other side is... not so nice.

At about midday I grew a little hungry, so I popped into the meal room under the grandstand. The lady in front of me studied the board for a long time. I'd already decided I wanted a steak and onion sandwich and the smell of cooking was making me ravenous. The queue behind me grew as the lady continued to to read. Finally she asked "What's a kebab?"

"Everybody loves them! Or how about a sausage sandwich?" said Wellington's version of Cut-Me-Own-Throat Dibbler as he tried to hurry her up. "What about Eggan Bacon onna roll?"

CMOT seemed to suffer some sort of internal struggle, and lost. He had to up-sell. "How about a drink?"

The lady studied the board -- a board that listed just Tea, Coffee, Cappuccino, Coke, Solo -- for EVER, then she asked "What's cap-pack-eye-no?"

"There's no 'haitch' in it!" observed the lady. I considered strangling her with my empty and hunger-ravaged intestines for a) making me wait for lunch, b) killing the English Language, and c) General Ignorance.

"Oh, I don't want that foreign muck. Gimme a cup of tea." She took several years to pay for her lunch; paid not in notes or $1 or $2 coins like a normal person, but in small pieces of silver schrappnel the largest of which were four 50c coins.

I know this BECAUSE I COUNTED THEM, all the while thinking "please hurry up and go away," and wishing for some sort of trapdoor to open up under her. I finally bought my own steak and onion sandwich, and washed it down with a cup of tea, but it barely touched the sides on the way down and left me with a general feeling of having eaten but still hungry. It took some time for the feeding frenzy hormones to kick in and tell my brain I'd eaten, and until then I had to resist the temptation of buying a sausage sandwhich.

And I did resist! I Am Good! 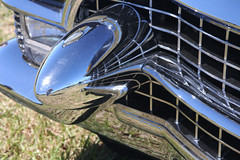